Continues from Myths of Climate 02: Eden and the Fall

In the myth of Apocalypse the end of the world is cataclysmic, and out of our hands. While there are warnings of its coming, it’s arrival is sudden and abrupt. It is the will of God, yet it is monstrous. However, in this myth, the good survive; they may even, in modern versions, be rescued intact in the Rapture, before much that is horrible occurs. There is a sense in that, as ‘we,’ or the, good survive and it is the end of historical disorder, Apocalypse can only be welcomed or encouraged. It represents a potential end of misery for those who make it. It is out of our control and we may not be good enough to pass into the new world (we may even end up in hell), so what can we do?

This myth, renders us largely helpless. It may prod us into action but it is a confused passive, and more or less individualistic action, as we can only be responsible for our own salvation at this moment. It promotes an acceptance of destruction as God’s will, or acts as a call for us to separate out from the sinful world, perhaps proposing the obliteration of others, or at least the acceptance of that obliteration, as we uneasily side with an apparent cosmic murderer to prove that we are among the good, and worthy of being saved.

If we are convinced of our own immortality and safety, then there is payback for our current suffering in the destruction of others, and it is not us being vicious; we can remain calmly moral. Apocalypse, further potentially reduces existential crisis by positing a specific end to the current disorder, and again we don’t have to do anything to solve the crisis and its problems; the need for action in the world is taken away.

There is a sense in which knowing the Apocalypse is coming can be soothing. The Apocalypse becomes both unstoppable destruction and relief. Given that it is sometimes not clear what we can do, the relief of just having to wait, could be even greater.

One problem is that the myth implies that while there are warnings of its coming, which are obscure to read, and possibly stages to its arrival, there is really one event. And yet the climate change is slow and gradual, a series of apparently disconnected events until perhaps tipping points are reached. It has been hard to tell climate change is happening, despite the record temperatures and the huge amounts of property damage from weather events. We can only say that it is likely these result from climate change, and the likelihood is increasing. There is no definite proof until after it has happened. Apocalypse is not a good model for thinking about climate change….

Despite the models inadequacy, much talk of climate slides into Apocalypse, especially when being “realistic”. For example, James Lovelock claims that:

The tropical and subtropical zones of the Earth will be too hot and dry to grow food or support human life. People will be forced to migrate towards the poles to places like Canada. There will be less than one billion people by the end of the century (Lovelock 2009).

That is more than 6 billion people will die – and probably die in warfare as migration, and resistance against migration, becomes violent. The UN World Health Organisation, far less dramatically, warns that even assuming:

That is a ‘mere’ 5 million people, but we have no real idea what will happen when we go over 2 degrees. It is unlikely in the extreme that there will be continued progress in dealing with health problems, as so much is likely to start breaking down.

The process is unfortunately cumulative, not one-off, as the myth of Apocalypse suggests.

The problem again is that the numbers of potential deaths are overwhelming, especially when we factor in deaths from pollution, heat stroke and loss of water. This magnitude also can lead us to feel that our individual action is worthless, and to start conceiving in symbolic terms, which may make the myth of Apocalypse seem even more real, and reinforce our sense of helplessness and hope that we will get through anyway, without doing anything.

More problematically, Apocalypse is also such a common trope that it is easy to demote one form of Apocalypse for another, or even to argue that because we predict bad results are due, the prediction is worthless. For example, it can be suggested that we have not yet produced “grey-goo” through nanotech, or that as Y2K was not disastrous, this just ‘proves’ climate change is not so bad, when it has little in common with either.

People can even spend more time planning what to do in a Zombie Apocalypse than in planning to prevent, and adapt to, climate change.

Using this kind of move, Paul Johnson, implied that reports of climate change come from evil people and predicted an economic apocalypse if we tried to deal with climate change – presumably economic disorder is worse than climate disorder:

Those who buy in to global warming wish to drastically curb human economic and industrial activities, regardless of the consequences for people, especially the poor. If the theory’s conclusions are accepted and agreed upon, the destructive results will be felt most severely in those states that adhere to the rule of law and will observe restrictions most faithfully…. We shall all suffer… as progress falters and then ceases and living standards decline.

In other words, acting is intrinsically unfair, and leaves you open to exploitation. He imagines the rest of the world will take advantage of those who act fairly, not only ignoring a history of ‘unfair action’, but projecting shadow to make those who believe in climate change seem deluded or evil.

More recently Australia’s prime minister has warned about not taking a “wrecking ball to the economy” (which implies that acting on climate change could produce economic Apocalypse), and is supporting coal exports supposedly to support reduction of poverty overseas, and arguing that it is unfair to expect Australia to curtail its GHG pollution, and unrealistic to expect it could have any global effect if we did.

Again, it is suggested that it is attempting to deal with climate change that produces Apocalypse, rather than climate change itself. Morrison also uses the idea of Apocalypse to try and discredit protestors and justify prevention of protests, as protestors are “apocalyptically inclined” and hence irrational. He even says that protestors tell Australians what to think, and so it is apparently justified for him to tell people what they should think or be punished for.

While phrased in terms of justice for the poor (showing how easily ‘justice’ is co-opted to continuing the status quo), the implied logic of both positions is that as the consequences are discomforting, then climate change must be a negligible problem, or a problem for others.

Psychologically this also seems an attempt to make the world familiar again so that previous patterns of virtue, action and belief still work. The framework suggests that as action opposed to the current system is uncertain then we should do nothing; even if the results of action supporting the same system are likely to be as equally uncertain. Apocalypse is apparently either ‘on’ or ‘off’, consequently the myth does not describe real events very well, as they tend to form a continuum, even if that does involve sudden tipping points.

In Morrison’s case, because of his active religion, it is possible that the idea of a secular apocalypse without God, seems irrational to him. The Apocalypse will happen only by God’s fiat, and not beforehand; and if it is coming, not only will he be saved, but what can be done?

The myth is active whatever ‘side’ you are on.

Apocalypse shades into the counterposition of the myth of Millennium. In this myth the world spontaneously changes into a paradise (perhaps after apocalypse), often by a mass change of consciousness and there are no further problems. This is often seen in new age thought, where mysterious breakthroughs in consciousness are supposed to be happening all over the globe. Even the internet can be seen as forming a global mind which ushers in a new age of prosperity and enlightenment, or produces a melding of human minds into a super-intelligence. Again this kind of fantasy could distract from the actual problems, or the effort of acting.

Millennium can also call for the deaths of millions, as a necessary sacrifice of those who could not transform. This mythical framework suggests both that change is to be feared and accelerated.

Apocalypse and Millennium both demand purity from evil. In a dialogue with George Monbiot, Paul Kingsnorth (2009) writes:

The challenge is not how to shore up a crumbling empire with wave machines and global summits, but to start thinking about how we are going to live through its fall, and what we can learn from its collapse

Every time we say these things and more, we’re promoting denial of dire climate reality…. We’re denying that our consumption and waste have far exceeded planetary capacity, possibly irreparably so.

Such purity can produce the despair or depression as reported in interviews with climate activists. What actions can be enough when the end really is nigh? When it is declared to be too late. Yet, by acting, as opposed to not acting, we can make the changes and crises we have to deal with lesser than otherwise. This may not be perfect, but stopping before we increase by 3 degrees is better than going to increases of 4 or 6 degrees.

And indeed Kingsnorth seems to celebrate this collapse and, as George Monbiot suggests, the death of billions of people, by associating it with a return to Eden (Kingsnorth and Monbiot 2009).

Apocalyptic optimism and despair generate hopelessness and refusal of action. For Kingsnorth, putting effort into clean energy is a pointless diversion on our way to the end. Here he (perhaps inadvertently) joins together with Paul Johnson, and other refusers, who suggests that as biofuels did not solve the problem and caused an increase in food prices, we should do nothing. That biofuels were not a solution does not mean there is no solution, but maintaining purity of categories in Apocalypse or Millennium demands that if something has failed then we should not bother trying something else. The myths join ‘believers’ with ‘deniers’ in helplessness or in false optimism of supposing miracles will necessarily occur.

It does not seem that these myths are terribly useful for dealing with climate change, and life after climate change, but we cannot ignore its pull, or its effects. It needs to be faced into with others, and new schematas found.

Continues in Myths of Climate 04: Prometheus 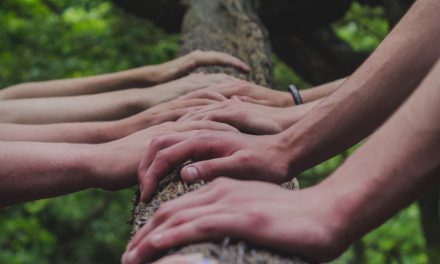