There is a well known argument, that faced with historical and policial complexity, people tend to reduce that complexity by implying that events arose because of secret and hidden actions. Conspiracy is something that is imagined to make the world seem ordered when its not. A recent academic version of this argument can be found at:

Now we know that one of the results of complexity is that prediction is incredibly difficult. It is actually quite hard to make a social or political result that one wants. The pessimist thinks it is harder to get a good result than a bad result – perhaps because there are so many ways things can go wrong and so few ways they can go right. This makes the idea that the world is controlled by conspiracy unlikely. However, that does not mean there are no conspiracies

Conspiracy occurs pretty much day to day. We all conspire with other people to get results. This is what we call decision making or self-governance. It is also pretty minor. However, it seems unlikely that powerful people do not try the same thing, planning to have effects over your lives. Certainly they like decisions to be shrouded in secrecy. You can think of public/private partnerships where the reasons for spending taxpayer’s money on corporations is often held to be “commercial in confidence”. The capitalist State is not always open, so it is unlikely other States are open either.

So it could appear some conspiracies are not purely imaginary. The difficulty is learning to distinguish between the imaginary and the real.

Do businesses conspire to fix prices and lower wages? It was reported by Adam Smith. The answer is probably as often as they can. It makes more money all around and that is what counts. There are known cases of price fixing, price gouging and prices moving in tandem, and, in the absence of unions, wages for ordinary workers rarely increase. So it is probable, although it may not be deliberate joining together, people may just say to themselves; that is the standard price and leave it at that. It may even be normal. The usual idea is that business does things as cheaply as possible and charges as much as possible, and is occasionally constrained by competition: if people know about it.

Do scientists uniformly conspire to tell us climate change is real for political purposes? This seems extremely unlikely. Scientists are not politically uniform. Scientists tend to like putting other scientists down and getting noticed for being innovative. When they get money from science grants they generally don’t have to produce particular results. However, it is quite probable that fossil fuel companies conspire to make it seem that climate change is unreal, or not urgent. Climate change threatens income and profit. It requires change. These big companies have a long history of conspiracy, when it comes to preserving profit and getting rid of inconvenient political challenges. They also sponsor think tanks, who give them the messages they want – or they don’t sponsor them anymore. Again we might wonder if this is not really conspiracy, but profit leading to misinformation. However, we know Shell knew about climate change but sponsored deniers. So it seem possible it was conspiracy.

Did the Freemasons cause the French Revolution? Harder to say. If they tried they would not have succeeded without a lot of help. They may well have worked for it, but I doubt they liked the result. Did Lenin conspire with others to produce the Russian Revolution? Yes – but again they had a lot of help – there were other people involved. indeed some people say Germany sponsored them to get rid of Russia from WWI – certainly a more intelligent strategy than Hitler’s. Sometimes they worked with people who did not like the results being gained. Complexity again.

So the conspiracy, no conspiracy idea needs complication. The world is unlikely to be run by conspiracies, but it is equally unlikely there are no effective conspiracies, ever, or that really powerful people do not conspire to keep in power and disadvantage everyone else – just make sure that you are really identifying who is powerful. Good questions for that include: who is wealthy, or has economic power? Who controls organisations with wealth? who controls violence? Who tells others what to do and its done? Who controls communication? 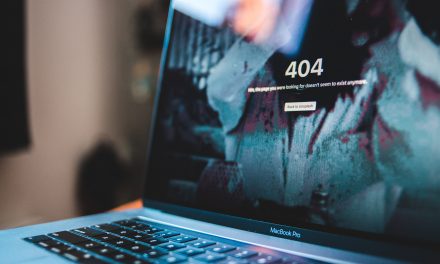 Contemporary Politics and the role of disinformation