There is a video of comedian George Carlin being circulated as “George Carlin told us about the Corona panic years ago” This video seems to be receiving rave comments from sensible people, but it also seems completely inadequate as a guide to responses to the ‘panic’.

People are encouraged to fear germs and the latest infections and people are panicking, and trying to avoid all contacts with germs…. However, the immune system needs germs to practice on. If you lead a sterile life then you will get sick, and you deserve it because you are fucking weak and you have a fucking weak immune system.

He lived along the Hudson River and ‘we’ swam in raw sewage. The big fear at that time was polio, but no one where he lived ever got polio, the polio never had a prayer. He concludes that he never got infections ever, because his immune system was strong through getting a lot of practice.

This is not all direct quotes. It is paraphrase. Go see the video if you think I’m wrong 🙂

There is some truth in what Carlin says. It is probably a good idea not to use germicides everywhere, in everyday life. This is because some exposure to normal disease is helpful for immune protection, and also because Germicides are poisons – they kill life forms after all.

However, this idea, that pandemics and death by disease do not occur in tough traditional societies, or old time cities, because people develop strong immune systems through bad hygiene, or living with dirt, ‘germs’ and infection, is just silly.

There are, and have been, plenty of places were people have been exposed to ‘germs’ as a matter of daily life, and they still get wiped by pandemics. Badly. Especially when the pandemic is new and people have not adapted to it. Think of the black death, and cholera. Diseases, like small pox, have even used as a weapon, and we rightly fear bio-warfare.

Building immunity is not all that this needed. Being ‘tough’ won’t help you completely. If Carlin really thought that exposure to random ‘germs’ and pollutants, such as found in the Hudson River when he was a kid, is a complete protection against pandemics, then he simply does not know what he is talking about, and is suffering the benefit of historical ignorance.

It is more than probable the reason the US, and Europe have had few pandemics recently, is because of public health measures, like clean water no sewage in the street, and a relative lack of malnourished people living in the street. Vaccinations, or other treatments might have helped, but public health is likely the main breakthrough. If Carlin’s statements were true you would have expected heaps of pandemics over the last 40 or 50 years as hygiene improved and people got ‘soft’.

The US has only been seriously threatened by one pandemic in the last 50 years and that was AIDs, and it turned out to be relatively easy to deal with. Carlin had no experience of a really hard pandemic.

We didn’t stop HIV-AIDS by vaccination, because it was impossible to vaccinate against. We did eventually manage to extend people’s lives. We further found that physical distancing, or not intaking other people’s sexual fluids and blood, largely solved the spread issue, so it became something we can live with.

That was pretty easy. It had nothing to do with swimming in raw sewage or ‘vaccinating’ through ingestion of random hazards.

Now people might say Carlin is engaged in humorous exaggeration and not to be taken seriously. However, whatever Carlin’s intent, I think it is being used quite seriously.

In terms of exaggeration, the Hudson River would probably not have been 100% sewage, no river would be, it would not flow very well. However, it probably would have had a lot of chemical effluent in it as well, including heavy metals. If you object to vaccination, you probably should object to swimming in polluted excrement as well.

We only have his anecdote to show there is any evidence that people in his neighborhood never got polio. It would be interesting to see if that was true, unusual, or just another ‘humorous exaggeration’.

His statement: “if you die you deserve it because you are fucking weak and you have a fucking weak immune system” is a great way of wiping away any sense that you might have responsibility towards others in your ‘freedom’.

So I guess the message of the video for Covid, is ignore medical advice, eat sewage, and don’t worry you might pass the disease on to other people.

If you really want people to die by the millions or billions, but not feel guilty or sad about it, then following the advice in this video will probably help. 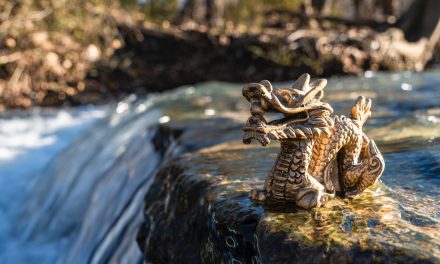 How to deal with Unintended consequences