HP Lovecraft’s story, The Call of Cthulhu, opens with some of the most famous lines of horror literature:

The most merciful thing in the world, I think, is the inability of the human mind to correlate all its contents. We live on a placid island of ignorance in the midst of black seas of infinity, and it was not meant that we should voyage far. The sciences, each straining in its own direction, have hitherto harmed us little; but some day the piecing together of dissociated knowledge will open up such terrifying vistas of reality, and of our frightful position therein, that we shall either go mad from the revelation or flee from the deadly light into the peace and safety of a new dark age.

Lovecraft reverses the then standard idea that we more or less know everything and can know everything relevant, and proclaims this lack merciful rather than horrifying. We are forced to remain in blissful ignorance of the nature of the universe and “our frightful position therein”. The story then proceeds to undo this opening statement, and make it clear what at least part of that frightful position is, and how vulnerable we are to destruction from things we don’t, and cannot, understand.

In a way, this almost exactly suggests how we approach the Anthropocene. The customary position is to refuse to “correlate all our contents,” to argue that the world cannot end from trivial and everyday human actions, to reinforce our ignorance and lack of understanding of an object which is beyond our understanding, and certainly beyond our ability to predict. However, the sciences continue to piece together dissociated knowledge, and open up the terrifying vistas of a climate and ecology, so disrupted and out of control, that we either go mad, or flee into a new dark age in which science and knowledge is subservient to fear and politics.

Both stories are almost detective stories, “flashed out from an accidental piecing together of separated things.” Lovecraft’s tale is a detective story which links events from all over the world. A professor dies, from unknown causes, after being jostled by a “negro”; racism and horror of the unknown is never far separated in Lovecraft. His heir goes through the professor’s boxes and discovers strange things. These scattered objects and texts, like the fragments that most of us live with in the Anthropocene, strange weather, disappearance of insects, drying rivers, weird snowfalls, scientific gibberish, conflicting accounts, jumbled correlations from over the world, bad dreams, disease, disturbed artists, and mental illness out of nowhere, hint at a story which will destroy the hero and reader’s peace of mind forever.

Images recur, of a hybrid being – “simultaneous pictures of an octopus, a dragon, and a human caricature” – but “it was the general outline of the whole which made it most shockingly frightful.” Again it is the outline, the suggestion which is beyond easy resolution, like the Anthropocene. No one knows, or can know, what the Anthropocene means, what its outline really is. It can look like sea level rise, drought, storm, or any number of ‘ordinary’ things, but putting them together all at once, in varied combinations, is impossibly disturbing. All we can tell is the natural order is not what we thought. Its image can suggest “a fearsome and unnatural malignancy”.

Both tales bring into mind the vast ancientness of the planet, which has lived without us for billions of years, and will live without us for billions of years. This creature, beyond conception, harbours no special affection for humans, no hostility either, just complete lack of concern. Whether we worship it or not, counts for nothing, although worshippers might convince themselves otherwise. This massive creature, on whom we live and which we are part of, has been sleeping. The Holocene has been relatively free from upheavals, and indeed might have remained free from such upheavals for thousands of years, but we have prodded it, not perhaps, awake, but to roll over it its sleep, to scratch off its fleas, perhaps for some fragment of it to arise out of the oceans and throw civilisation aside without even noticing. Let us be clear, although the Anthropocene may mark a geological epoch, in terms of world existence it is nothing, a mere blip. In a billion years, a relatively small time in planetary life, nothing of the Anthropocene and human life will probably remain to be detected. The earth does not see us, we are no more special than any other species which has vanished in the past, trilobites, brontosaurs, giant dragonflies, all have been and gone

In the story Cthulhu rises from the depths of the Pacific as the earth moves, and science, so far beyond us as to be indistinguishable from magic shatters our reality, opening the strange and disparate affects we might ignore. However, rather anti-climatically, the being is driven back under the waves, more or less by accident. There was only good fortune that a ship was in the vicinity, otherwise the end would have come incomprehensibly to all, and it may yet come at any moment. Whatever safety we had was random.

Come or not, all those who hear of it, and understand however badly, can never be the same. The image haunts them as does the dread. “A time will come-but I must not and cannot think!” Others carry on, the world remaining veiled. Let us hope their dreams, and ours, do not further the world-beast turning once again. 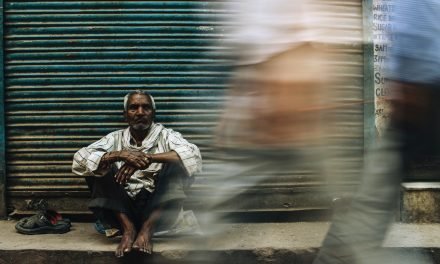