The decline of the famous Library of Alexandria in the Ancient World, could tell us something about civilisational and cultural decline, and the loss of knowledge. Many contemporary scholars mourn the loss of the library, because so much of our knowledge of the Mediterranean world and its philosophy and literature has been lost. We have only a tiny fraction of what was supposedly stored in the Library, and much of that in fragments. It’s loss seems heavy.

However, even a cursory glance at the historical materials will show that dating the famous destruction of the Library of Alexandria is not easy…. There are multiple dates and much dispute as to what date it was finally over.

But then, most of what we ‘know’ about the library, seems to be informed guesswork. We don’t even know when the library was built. Most people guess somewhere between between 320 to 270 BC. Neither do we know how many texts it stored during its height – estimates vary wildly, and I mean wildly I’ve seen figures from 40,000 scrolls (not whole works) to 500,000 works!

Neither do we know how many rooms stored scrolls; if we did, then this might allow some kind of real limits to the scroll estimates. We do know that they liked to have different versions of the poems of Homer. So much of the content may have been duplications of famous texts, and perhaps not as varied, or complete, as we might hope.

From a rather cursory investigation, I suspect there was not final date for the library… I’m not a historian so what follows is all conjecture, but it’s possibly something like what happened. Its ‘plausible’.

Sociology and physics of decay

Importantly, libraries require money to preserve buildings, acquire new texts, salvage old texts and pay staff. Even with sealed buildings you get pests, and in places like Alexandria, with no possibility of sealing buildings, there would have been problems with rats, mice, cockroaches, insect larvae, fungus and so on. (I’ve been told that birds can be a problem once they get in, and start shitting on everything, which then brings more vermin). One source I read suggests that ventilation to reduce fungus probably helped fires spread. So scrolls decay, and we need constant financing of copying to keep the scrolls intact. That could well involve the gradual accumulation of error in texts.

I don’t know much about ancient libraries, but I’d imagine the cataloging system required the memory of librarians. (There is some evidence texts were grouped by first letter of the author’s name and, at some time, Callimachus compiled the Pinakes, a 120-book catalogue of various authors, using various subdivisions – this as usual is lost other than a few fragments. There is a story that Aristophanes of Byzantium managed to remember where some texts were stored and this was so impressive he was awarded the head librarian’s job). This arrangement might also mean that texts were moved around and did not have a permanent order.

Keeping everything together would require constant labour and finance.

The larger the library the more money is required to just keep it going, and the less likely they are to be able to support themselves through user fees, or selling scrolls – they have to support the copiers, and books would be truly expensive without printing – a small market at best.

So libraries require constant bequests or taxpayer subsidies. Given the irregularities of investment in the Ancient world, you are basically needing taxpayer subsidies – which means those who pay tax have to value what is being subsidised. I’d suggest that scholarship is amongst the least valued of occupations. Bread and circuses and military subsidy are far more necessary. I suspect that cuts in monies for the library were easily made, and the more decrepit the library became the easier it was to make cuts, not do roof repairs, not clear out the vermin, sack the staff, lose texts or even sell scrolls to raise monies.

This of course decreases the value of the library and its stock. So the library could easily have been reduced long before it ‘vanished’.

Reading and so on, is an easily lost social skill, especially if only relevant to a learned class, and if Alexandria decayed as a society, which seems likely, then the level of interest in preserving the library and out of date archaic literature may have declined rapidly.

On top of that we have such things as the purge of philosophers by Ptolemy VIII Physcon in 145 BCE, because he thought they supported the previous ruler. The head librarian, Aristarchus of Samothrace, fled to Cyprus. Other scholars fled elsewhere. That would probably leave the library to decay even faster. If few people use it, it apparently needs fewer staff to support it, and decay does not stop.

I don’t know if scholars returned, although there is some evidence they did not for a long while; there were other libraries in the Ancient world, and places temporarily more hospitable.

In a way, just focusing on the Library of Alexandria, distracts us from wondering what happened to all these other libraries. It was not as if “all our eggs where in one basket.” We are looking at a general set of events here – a sociology of decay, not a single catastrophic event.

Anyway, as time went on, the rulers of Alexandria became much more interested in suppressing unrest and dealing with other problems than with the libraries. At one time a palace guard was appointed head librarian.

One hundred years after Ptolemy VIII, Julius Caesar probably burnt the library down by accident, along with the docks, although it is hard to tell how damaged it was by the fires. Plutarch says it was destroyed, others (more dependent on the Caesars), play the damage down. Strabo visited the building which housed the library complex but did not mention the library. It is possible, given the way things work, that surviving stones from the library would have been used to help rebuild the docks.

Later on Alexandria become more of a provincial town of the Roman Empire, and membership of the library may have become ceremonial. The known later members did not show much interest in books, and we can guess more decay, more lack of interest.

The Library’s offshoot, the Serapeum, was destroyed or cleared out, along with many other pagan buildings, after a battle between Pagans and Christians in the time of Pope Theophilius of Alexandria. This Pope is also reptuted to have killed 10,000 monks who disagreed with him. We don’t know if the Serapeum had any books at this time, it probably had a few as pagan philosophers lived there, but they may well have been more interested in oral tradition and dialectic than texts. The nature of this Pope and the Christians at this time, does not lead us to expect they would respect any texts remaining in the Library proper.

There is also talk that Muslim conquerors burnt the books in the library again, but we don’t know how much extra damage this would have done, or what number of scrolls were stored there. The library may well have been largely lost long before this, or the whole thing maybe a story.

Cumulative decay, lack of interest, low funds, wear, accident and war probably reduced the library, much more than any single calamitous event. There were other libraries in the Ancient world, so if it were just a matter of us not having the texts because of the Destruction of Alexandria, we should still have books from the other Libraries. That we do not, suggest that the problems were more widespread than just a few acts of violence. It is a whole collection of social events that are likely responsible.

Remember this is conjecture…. but it suggests that knowledge can fade even without deliberate attempts to purge it. If people cannot read it, replicate it, or get hold of it, or be taught it as relevant to their lives, it will be lost. 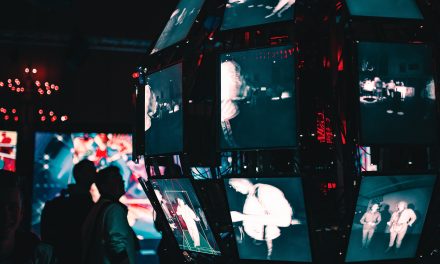