There seems to be a meme going around that the IPCC disproved climate change in one sentence and removed that sentence from reports. The sentence is:

“The climate system is a coupled non-linear chaotic system, and therefore the long-term prediction of future exact climate states is not possible.”

The sentence is found in the “Climate Change 2001: Synthesis Report” edited by Robert T. Watson and the ‘Core Writing Team’, Published by Cambridge University Press, and recently available on the IPCC website.
here https://www.ipcc.ch/site/assets/uploads/2018/05/SYR_TAR_full_report.pdf

It is in the Technical Summary Section, p.58. or page 215 of the full report
According to Archive.org the text version of this was available between at least August 4 2009 until at least November 4 2018.

There is no particular evidence that they hid this sentence.

The sentence is included on a section entitled “Advancing Understanding” and is about further research into uncertainties. It is prefixed by the requirement that we need to “Explore more fully the probabilistic character of future climate states by developing multiple ensembles of model calculations.” I’d add that, it seems nowadays more generally realized that we cannot understand ecological, climate and social systems without an understanding of complexity theory.

The sentence is not embarrassing, or disproving of climate science, it is, however, easily misunderstood.

People do not understand the limits on chaos and complexity. Because we cannot predict exactly what will happen does not mean that anything can happen, or that any predictable event has equal probability, which is what ‘deniers’ seem to argue.

It is, for example, if you will pardon the political implications, possible, but exceedingly improbable that President Trump will stop making things up, and everyone will agree that he is constantly telling the truth – at least I cannot predict the exact circumstances under which this would happen, and when it will happen. It is not an impossible event, but it is highly improbable based on the trends. Similarly, because I do not know where an ant will be on a moated table top in exactly quarter of an hour (assuming I have not placed some kind of sticky substance on the table on one spot etc.), does not mean it will start flying, or that it will talk to me. It is, likewise, extremely improbable that despite lack of certainty, and assuming weather stays stable, that it will snow in Sydney Australia in January or February.

The point is that the inability to predict an exact climate or weather state, does not mean we cannot make informed predictions based on the trends, provided we correct for further information as it arises.

The trends so far suggest, and seem confirmed by observation, that sea ice and land ice is thinning near the poles. Likewise glaciers seem to have been getting smaller over the last 30 years. There is no indication that these trends are reversing, and some that they are speeding up. The rate of disappearance appeared to slow down for a while, but it continued and never reversed. This in all probability means that sea levels will increase – it may mean water shortages in some places that depend on glaciation for water supply.

It is possible that as the gulf stream shuts down, some parts of Northern Europe (especially the UK) will freeze up and ice will accumulate there. But this probably will not help that much, and is no evidence that climate change is not happening or not going to have disruptive effects.

Similarly, if the average temperature keeps increasing elsewhere then weather patterns will be disrupted. Disruptions of the standard patterns of complex systems are nearly always fierce as the system ‘seeks’ a new equilibrium. This is especially so, if the pressures towards change continue or increase (ie if we keep emitting greenhouse gasses). It is a good prediction that we can expect more extreme weather (which is what we seem to be observing). We cannot pinpoint exactly when and where that weather will happen, but it would be foolish to pretend that this pattern is extremely unlikely to happen anywhere, or that it will discontinue in the near future. We can also expect it to become increasingly difficult to get insurance, or to find the money to rebuild cities wrecked by these storms.

Likewise increased heat in places which are already difficult for agriculture or prolonged human labour, will probably mean that these areas become increasingly uninhabitable and production will be lowered. If people try to air condition fields with fossil fuel power (or something), that will in the long term increase pressures. This trend probably means population movements as people try to move somewhere more habitable with better food supplies. That probably means national boundary defense issues will increase. Again there is nothing, at present, to suggest that these currently existing trends will not continue.

To encapsulate: While we cannot predict exact events, the trends are clear. If we keep emitting greenhouse gasses then the global average temperature will continue to rise. What we consider normal climate/weather will end. Sea levels will rise. Extreme weather events will become more frequent as the climate system destabilizes – the cost of repairing devastated cities may become prohibitive because there are so many crises happening simultaneously. Agricultural systems are highly likely to break down. People movement will intensify as people can no longer live in the areas they have lived recently. This may mean increased armed conflict, which is one reason why the Pentagon would be interested in climate change.

This does not mean that people should not struggle to change the trends and therefore change the likely course of climate disruption, but those actions are likely to have unintended consequences (which are almost inevitable in complex systems), and we need to be aware of this.

However there is almost no sign of such action happening, as people would rather pretend the unlikely is equally probable to the disastrous. 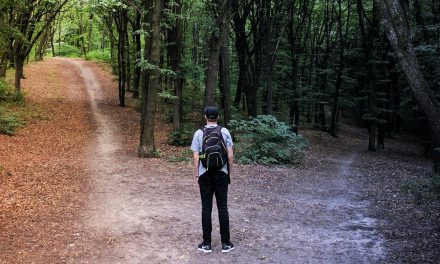