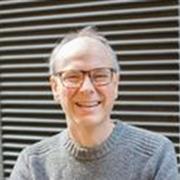 Jonathan Paul Marshall is an anthropologist who studies processes of disorder, disruption and disinformation, particularly in the eco-social-technical spheres. He is currently a Future Fellow at UTS, working on a project entitled “Society and Climate Change: Social analysis of a disruptive technology”.

Marshall’s research is primarily aimed at showing the general importance of recognising that social life occurs both as, and in, complex systems, and that this has vital consequences for politics, economics, communication and relations to ecologies. He argues that irregularity, disruption and unintended consequences are standard features of social life and cannot be ignored, because they are vital parts of the system in general. Our attempts at producing order, frequently produce the disorder we fear. These processes can be said to be analogous, in their consequences, to the ways that people suppress disturbing feelings and information in their personal lives, for themselves to fit in with social demands.

For example, Marshall has shown the importance of work space politics and managerial hierarchies for the disruption produced by software projects, which translate managerial ideas of what work is, or should be, done into software. The same patterns of structure can also disrupt the information flow within the organisation, leading to organisational chaos and increasing the risk of collapse. Because of the software’s insufficiencies for the task, social organisation may develop around the software to bypass the disruption. IT engineers may kluge software together to fix the problems, and so on. This means that automatic updates may cause further chaos, because the organisation and by-passes may not be officially recognised or expected.

Software installation is the meeting of several complex systems: organisational, work flow, and software itself. It is not surprising that this interaction of complex systems can cause unintended effects.

Computerised information gathering does not solve this problem, as the information gathering is framed not by what is actually important at some time in the future, but by what the program designers think will be important. Indeed because computers are constantly expanding, the amount of information that can be collected directly from workers can also expand, almost infinitely. Workers face more and more time collecting information, and less time to do their real work. Habits of information collecting may also be taken into productive work and disrupt work processes.

This kind of information breakdown, and programing to satisfy management visions, was one of the contributing factors to the 2007+ financial collapse, and is becoming increasingly important in political life, not only through the use of simulations to control the economy, but also through the distribution of news and propaganda, through ‘information group’ identities.

These kinds of problems are relatively easy to fix to a degree, but they run against problems in hierarchy, in expense and in desire for control. Workplaces may need to shift out of old requirements which were once useful, but are now harmful.

To carry out this project Marshall was awarded a QEII Fellowship and worked with Professor James Goodman of Social and Political Sciences and Didar Zowghi, a professor of IT at UTS.

Currently he is working on a project which explores problems with the use of climate technologies, in the transition to a sustainable future. In this project, climate technologies are said to include: renewable energies; biofuels; carbon trading; geoengineering; energy efficiency; nuclear energy; electric vehicles; transport reforms and so on. It investigates the likely unintended social consequences of these technological responses to climate change and ecological destruction, and the likely social disruption of those technologies. The project also explores the ways that politics and neoliberal capitalism have hindered transition, and made the pressures of transition greater than we might otherwise have had to encounter.

The investigation aims to increase the possibility of informed acceptable and possible technological adaptation and mitigation to the ecological damage largely produced by the economic system. Climate change is only one of many ecological crises that we face.

He has previously conducted research in several major areas:

His ethnographic thesis was published as ‘Living on Cybermind: Categories, Communication and Control ‘(Peter Lang). He was awarded a post-doctoral fellowship to do the work on online gender, and edited Depth Psychology, Disorder and Climate Change.

The IT project resulted in Disorder and the Disinformation Society: The Social Dynamics of Information, Networks and Software (Routledge).