Nuclear energy is frequently brought forward as a solution to the climate problem.

Let us assume that there are indeed only few problems with nuclear energy. That costs do not commonly over-run, that nukes do not produce massively expensive energy, that there are no problems with waste, that while they are much safer than coal fired energy the possibility of catastrophic breakdown is of no concern, that private insurance is easy to obtain, and so on.

Let us assume that everything the nuclear advocates say in favour of nuclear energy is correct, and that there are no drawbacks.

Then the question remains: Who in government or industry [that is amongst people who can actually do something] is actually seeking to build nukes in Australia?

The answer appears to be “no one”.

There is no evidence I know of, that any one reputable in Australia with the capacity to build nukes, is seeking to build them. Hence it is unlikely that nuclear energy is going to be built, or built in time, or built in sufficient quantity to have a useful effect on Australia’s emissions.

No matter how many good people, who cannot actually implement the project, think it is a good idea, nothing will happen in time to make a difference.

Given the lack of desire to build then what is the point of agitating for them?

To me, the whole point of the argument appears to be to propose a fantasy which prevents action from happening on doable fronts, as something super great is going to happen sometime in the future. The idea of nuclear energy functions like carbon capture and storage. It is a distraction from the problems and soothes people into thinking they are doing something, and showing climate activists to be hypocritical hysterics. (This seems to be such a major part of the pro-nuke movement’s rhetoric, that I assume it is essential and not accidental.)

In other words, imaginary nukes seem to be another way of persuading people to stay with Greenhouse Gas emissions for longer, and allow the current decline to continue and the crisis to get worse.

Another factor in the transition is that we use coal and oil for many non electrical processes. To make the transition, nuclear or renewable, we have to electrify as much as we can. Strangely the pro-nuke people rarely mention this cost and difficulty, while renewable people do.

On the other hand, the renewables transition will be difficult, and will require changes to life styles, and industrial arrangements (which happens all the time), but it has started.

We do have people interested in building renewables, more in fact than can currently be accommodated, even with massive discouragement at all levels of government. We have people all over the country installing solar panels on their rooftops, even if the government is striving to make it less economic. We don’t have to pretend there is active interest. However the government would rather spend the money on destructive gas pipelines, than on renewable-adequate grids.

There are also plenty of studies suggesting that it is possible to do a close to 100% renewables transition in Australia, relatively quickly with the right preparation and work. We happen to be blessed with the climate that makes this possible.

The transition to nuclear energy is not happening. Is not being considered by companies or government. Is massively capital intensive, and faces other problems that appear to be unsolved. No party has campaigned on putting nuclear energy in people’s backyards. It is clearly never going to happen in my life time, if ever.

Hence, unless the pro-nuclear advocates can show that there is any real, rather than purely rhetorical, interest anywhere in Australia in building nukes now, there is no point in pretending such a transition will, or could, happen. Lets get on with the renewable transition, without pretending it will be enough to solve all our problems – more needs to be done. 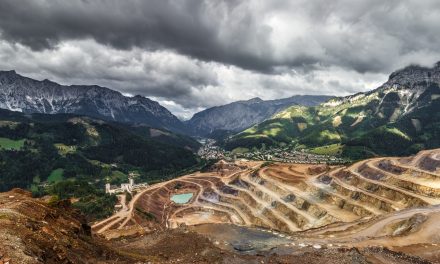