It is frequently argued that Australia’s CO2 emissions are tiny, and that there is no point in Australia’s federal government acting to cut them. The Prime Minister, Scott Morrison, was making this argument the other day.

Faced with criticism over the recent bushfires, because it seems logical that increased drought and temperatures from climate change would increase bush fire danger and severity, he said

the suggestion that any way, shape or form with Australia accountable for 1.3 per cent of the world’s emissions, that the individual actions of Australia are impacting directly on specific fire events, whether it’s here or anywhere else in the world, that doesn’t bear up to credible scientific evidence either. Climate change is a global phenomenon, and we’re doing our bit as part of the response to climate change. We’re taking action on climate change. But I think to suggest that with just that 1.3 per cent of global emissions that Australia doing something differently, more or less, would have changed the fire outcome this season. I don’t think that stands up to any credible scientific evidence at all.

This lack of urgency for action, seems reinforced when the US, under President Trump, also pretends there is no problem. US emissions are huge, and we can have no obvious effect on those, and by comparison our general effect is small. We also cannot directly affect emissions in China and India, which are also significantly larger than our own.

However, there are significant problems with this issue. Australia does not have 1.3% of the world’s population. We have about 0.33%, so we are batting at just under four times our weight in emissions – which is impressive. We are also, as the Climate Council pointed out, when Mr. Morrison used the same argument at the UN, around the 17th largest emitter in the world, ahead of 175 other countries.

We also reputedly have amongst the highest per capita emissions in the developed world.

Climate Analytics stated in their 2019 fact sheet that:

Australians emit more than twice as much per person as the average of the ‘Group of Twenty’ (G20) in terms of greenhouse gas emissions. This includes burning fossil fuels and other processes in industry, agriculture and waste treatment.

Figures released in August of 2019, for March 2019, by the Australian government show emissions rose 0.6 per cent over the previous 12 months, largely because of gas. So our emissions are not heading in the right direction for long-term survival, and Mr Morrison could be said to be engaging in deception if he implies that any targets we are meeting, are useful, or that we really doing our bit to save everyone.

Furthermore, none of these figures about emissions, factor in the emissions from exports of coal, gas or oil which are burnt elsewhere. We are about the third largest exporter of fossil fuels in the world, so we are responsible for their availability. We are also apparently going to boost our coal production by 34% over a decade. That is probably a conservative estimate given the potential of Clive Palmer’s mines in Queensland. Given that our emissions are not declining, then the actual, and future, emissions which can be attributed to Australia or to the burning of Australian products is likely to be considerably more than 1.3% and increasing.

If Australia is acting on climate, it is to make climate change worse.

By making these choices, and encouraging coal mining in Australia, Australian governments are allying with the commercial and political forces which produce climate change. Our governments (of all persuasions) are apparently demonstrating that they care more for the profit of some companies, than they care about preserving the land, water, people’s health or maintaining a climate balance. They care more about maintaining profits than they do about ordinary people’s lives. Choices made, such as the mining under Sydney’s water supply, or the Adani mine in the Great Artesian basin, compound the problems of climate, by affecting water supply, and demonstrating further lack of concern.

It is sometimes argued that if we do not sell fossil fuels, then countries will buy them from other suppliers, and Australians will lose jobs. This may be true, but it hardly makes those sales moral or sensible – virtue can be difficult – and there are not that many jobs in mining these days either.

If we did decide not to sell fossil fuels then (according to orthodox economics) this would lower supply and increase the price, thus adding more incentive for other countries to move out of fossil fuels.

Damage to our ecology, agriculture and cities by climate change through sea level rise, massive storms and droughts will also cost us money – only most of it will be from the taxpayers and not the companies who profit.

By not being worried that Australians have one of the highest Greenhouse gas emissions per head in the world, Australian governments are further implying that a prosperous life style depends upon destroying climate and ecological stability, and that everyone destroying that stability should be encouraged, so they can become prosperous. This one reason why Australian governments probably promote the developmental capacity of coal (apart from making money for miners).

By being half hearted or indifferent to climate change they provide an exemplar and an excuse for the behavior of other countries (‘If wealthy countries in the West can’t be bothered, then why should less developed countries?’).

There is also truth in what the Prime Minister says, if we currently made half the emissions we do now, and nothing else had changed, then it is probable that there would be little difference in the current bushfires. But the question is would nothing else have changed over the last 20 or so years, if we had acted? Would we be as equally unprepared for bush fires? Would we have sacked so many people with experience in fire preparation in cost cutting escapades? Would other countries have not been influenced by Australia’s example, and cut emissions? Would we have been a more effective force at the UN, rather than prevaricate and support fossil fuels? Would we have sold as many fossil fuels? Would we have helped other countries to move out of fossil fuels?

If we had reduced our consumption, then everything would not be the same.

If we act to cut emissions and support transition to renewables then we provide an exemplar of behaviour which also might influence both other governments and corporate behaviour – at the least we would not appear hypocritical – and indeed the world might be different. If we had begun the work in 1990, or even 2008, then, even without support from other countries, it is probable the world would be in a much better space.

If we keep doing nothing, we keep increasing the possibility that events can get much worse than they would otherwise. 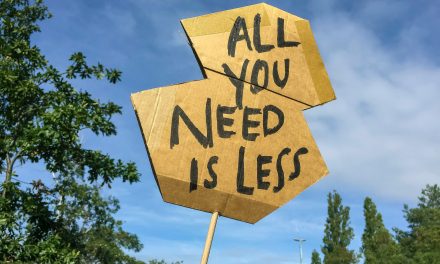 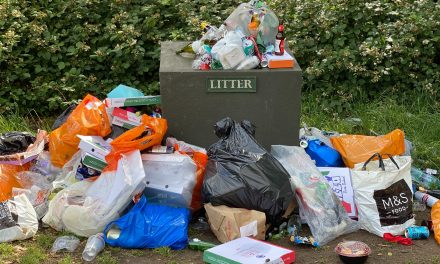