Costs of building new renewable energy systems, are difficult to estimate accurately, as are the costs for fossil fuel and nuclear energy generation.

One of the problems of capitalism is that it functions through hype, exaggeration, advertising, PR and so on. The fight over information is part of the fight over sales and subsidies. Subsidies are frequently ignored as part of the costs, or claimed not to be costs, in order to make products look cheaper, or to keep the subsidies from people’s objection. People can also exagerate benefits of particular innovations, or promised innovations, to get research funding or for commerical purposes. This activity makes it more likely for people to hold off purchase, until a product is ready for market, or to purchase an existing product. Few decisions in this arena can be entirely rational, or based on guaranteed useful data.

This is to be expected. While communication is not possible without the possibility of deception, social systems can increase that probability or, possibly, diminish it. We have a problematic system. People have political and economic reasons to misrepresent all kinds of ‘facts’. In our system fake news about almost everything is absolutely normal – especially if the fakery is already established, or supports established power and energy relations. Consequently it is hard to get accurate figures on anything to do with sales of large projects.

We can only look at appearances, and these seem reasonably clear.

In Australia coal mines often depend on taxpayer subsidy. We build rail lines, roads, and offer them free or cheap water at the expense of farmers and towns. We don’t insist upon them rehabilitating the mines; just a few trees around the mine edge, to obscure the views of passers-by, might be enough, if even that much gets done. We don’t require there to be any expenditure to clean up the ongoing pollution they issue. They can destroy our water table and water supply and that is just considered bad luck.

The jobs provided by coal mines are minimal. Adani has a royalty holiday, and Barnaby Joyce even wanted taxpayers to give Adani 1 billion dollars for more or less nothing in return except loss of water from the water gift. As it happens, the IEEFA estimate that Adani is already “set to receive over $4.4 billion of tax exemptions, deferrals and capital subsidies from Australian taxpayers,” assuming a 30 year life for the mine.

In effect, with coal, we seem to pay people to take our minerals and destroy our environment. At the least they get a lot of earnings which are tax free.

Similar events seem true of coal based energy. Burning coal not only produces climate change but it also poisons people and ecologies. I guess we have been using coal for so long that we don’t recognise the dangers. As well, coal gets government support for it to be locked-in. In the US Trump is apparently trying to cut pollution standards to make coal more economic. Death and illness is of no concern.

In Australia, we also face the problem that most coal generation is nearing the end of its life, by 2030 55% of coal fired energy stations will be over 40 years old, and heading into unreliability. We need to build replacement sources of energy, or we will face large-scale shortages of energy. This is simply fact.

Renewables are now said to be, generally, either competitive with coal or cheaper than coal, although there is debate [1], [2], [3], [4].

In Australia, it’s obvious they are more than competitive, because the government has to keep talking about taxpayer subsidy for new coal energy, or talking about forcing people to keep old coal fired energy stations going. No one wants to build coal energy stations on their own bat. The government also appears to have guaranteed to purchase electricity from Gas, to get it going. On the other hand, heaps of companies in Australia seem to want to build renewable farms, and this is despite considerable regulatory inhibition and ambiguity. (The same appears true in the US where, according to Bloomberg, “a total of $55.5 billion were spent in the sector last year, an increase of 28%”, which is apparently a record). In Australia one of our main problems with renewables seems to be government regulation, the political power of the coal mining industry, and ongoing tax concessions and subsidies for coal. Some this regulation is left over from the kind of regulation which helped centralised coal development, and now promotes coal lock-in and hinders coal-exit.

If we balanced the competition by removing the hostile regulation and subsidies for dirty energy, it would probably help renewable growth.

Whatever the case might be here, countries which sell coal seem to be offering subsidies to third world countries to get them locked into coal based energy production, and slow down any renewable transformation. If places never use much coal, then they may not miss it. This is economic power attempting to structure the energy market to give it continuing markets and profits without having to change. Coal companies are fighting for their profits and that involves politics as part of their market action. We should assume that coal producers act similarly in Australia.

Another problem is that network costs are important. It is frequently objected that renewables require new grids and this is costly. A problem we face in Australia is private ownership of the grid by companies who are reluctant to invest in getting the grid to places where the renewable energy, which competes with their energy supply, can be built. This is a lock-in produced by ownership. Ownership also gives power to influence markets.

Existing fossil fuel generation has a legacy of networks which were largely paid for by the taxpayers and then sold on. This should diminish coal costs, and produce lock-in to energy generation at particular locations. However, given that coal energy stations are not being rebuilt or renewed, it does not seem to.

Other forms of energy have the same network problems, but they seem to be ignored. Every time a new gasfield comes online, pipelines have to be developed, and that does not seem a problem to those objecting to networks for new renewable sites.

If governments took climate change seriously, then building new powerlines in consultation with the industry, would probably be the way to go. It would be costly, but still less costly than doing nothing, and could probably be helped to be paid for by removal of subsidies for fossil fuels.

Storage is also a cost issue, but in some places you have to include storage as part of the development, so (in those cases) it is fixed in. Also if we spent more money on R&D we might develop simple cheap solutions (we might not, but we are more likely to). The Scotts are apparently using heavy weights suspended in deep pits. [see also] This works like pumped hydro without the need for water – which would be a bonus in Australia.

Another objection to renewables, in terms of cost, is that they are intermittant, so we have to overproduce to get a stable supply. But if we do over-produce, this is not necessarily a problem. Over production is useful as, for example, when excess power can be directed into making hydrogen as a portable back up fuel, and shut down when heavy demand returns.

People are still arguing that nuclear energy is cheap and effective, but often do not include the expenses of decommission in that cost. But as I have argued before, with nukes, the big trouble is that no-one in the West seems to want to build nuclear, because it is not economical, and most of the nuke companies have gone out of business, or gone out of the business.

The UK government had to guarantee massive electricity prices and taxpayer funded indemnity at Hinkley Point, because no one would insure it. It’s also running massively over budget.

While I could be wrong, I am not aware of anyone prepared to build fossil fuel or nuclear energy supplies, in Australia, without massive subsidy, guaranteed prices (as with the gas energy mentioned above) or even subsidy and diminishment of safety requirements. This indicates to me, that both of these sources are less economic than they once were, and this is before you add in the costs of the ecological destruction or climate change they generate. In practice Renewables are ready to go, especially with a little network planning, or admission that the market does not solve every urgent problem in the right amount of time.

Ultimately we cannot absolutely expect the kinds of service we have now. If we keep on with fossil fuels, and ecological destruction the situation is likely to become untenable – we are already destroying the Earth’s carrying capacity. We have to shift to another source of power. Nuclear does not seem viable. That leaves renewables, which are not yet built in anything like the required amounts, and which may not be continuous, although they can be made close to continuous.

Environmental ecology is an important part of the social and economic process. The environment currently keeps us going without much human input. If we keep destroying it through pollution, then it cannot. Everything depends on everything else. We have to either repair the environment, which costs, or make an artificial envionment which probably costs more.

So at all levels, controlled low-pollution production of renewables, seems like a reasonable solution, one that is actually favoured by markets as well as by environmental concern.

Repost: Planet of the Humans: A better version 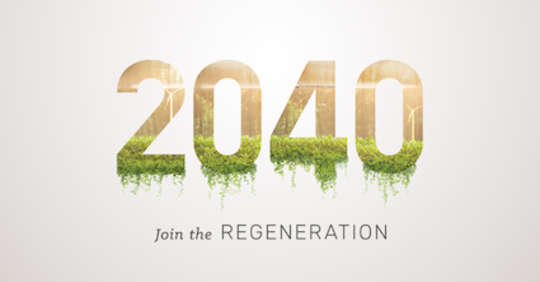