William E. Rees is professor emeritus of human ecology and ecological economics at the University of British Columbia.

He suggests that there are eleven minimum actions we need to take to avoid crisis, or to face into it. Here they are with some commentary.

1. Formal recognition of the end of material growth and the need to reduce the human ecological footprint;

[The important thing here is the need to reduce the ecological footprint – which means the amount of ecological destruction, and pollution issued by each country and per head of global population, in its current mode of existence. This will end ‘material growth’ which is a rather vague term, implying the material is a problem.]

[We have to move back from consuming or destroying more per year than planet Earth can regenerate in a year. This also means ending ecologically destructive modes of gathering.

[For example, if trawlers damage the sea bottom when trawling for fish, they almost certainly lower the capacity of the sea, in that region, to regenerate fish. In current models of fishing, the large fishers move in, destroy the regenerative capacity and move on, as they have little connection to place. We should probably prevent such types of destructive fishing, and hand the activity back to small fishing fleets. This should lower the amount of food available in the present (which could be a dire problem) while increasing it in the future. One step is to make sure all the fish is consumed, or released if not suitable, rather than thrown back into the ocean dead.

[These first two moves, are the beginnings of “sustainable life styles”. Without these steps, particularly the second, we have no long term prospects outside of war and mass murder.]

3. Recognition of the theoretical and practical difficulties/impossibility of an all-green quantitatively equivalent energy transition;

[A complicated way of saying that we probably cannot replicate the energy characteristics of fossil fuels with renewable sources of energy. We need to use less energy. As Williams states earlier, this probably cannot be done with large cities. Large cities are, so far, extremely energy intensive. They are quite possibly based on the availability of cheap and plentiful energy for food among other things.]

4. Assistance to communities, families and individuals to facilitate the adoption of sustainable lifestyles (even North Americans lived happily on half the energy per capita in the 1960s that we use today);

[Happiness does not depend on consumption, or on energy usage. However, cheap energy increases what people can do, so reducing energy consumption is likely to be seen as restrictive – it would eliminate whole industries (air flight based tourism etc). This would take adaptation and persuasion. It will be difficult.

[It may be particularly difficult as people are now used to having material prosperity taken from them and handed to the elites, although they may define, and perceive, elites differently. Avoiding this perception is going to be difficult. We either probably have to get the elites to go first and cut their lifestyles back, or ignore the elites altogether, or attack wealth elites for their role in the destruction. All these procedures have problems.]

5. Identification and implementation of strategies (e.g., taxes, fines) to encourage/force individuals and corporations to eliminate unnecessary fossil fuel use and reduce energy waste (half or more of energy “consumed” is wasted through inefficiencies and carelessness);

[The more energy is available the more is wasted. However, wastage is sometimes part of profitability. We may need to force the prices of pollution upwards. At the moment, the price of pollution and the penalties for pollution are being reduced in the US. That this increase is not automatically seen as bad, shows the conceptual difficulties faced by our societies in dealing with our futures.]

6. Programs to retrain the workforce for constructive employment in the new survival economy;

[This will have to happen whatever we do. Even if we had the ability to pollute without limits, the contemporary economy is based on destroying jobs, and people have to be retrained for work and income, which is not always welcomed. Or we need to rethink work itself.]

7. Policies to restructure the global and national economies to remain within the remaining “allowable” carbon budget while developing/improving sustainable energy alternatives;

[Carbon prices, based on the amount of pollution which can be issued, are probably the best methods. Not carbon trading which is unstable and gameable.

[However, allocating remaining carbon budget to countries will be difficult. Should Western countries like the US and Australia, be given any? They could be considered have overspent already. And yet we cannot cut down completely overnight without massive social disruption, and the likelihood of countries leaving the scheme. Nation States are usually competitive, and non-cooperative, by their history, so it will probably not be possible to allocate the budget in a way in which everyone will see as ‘fair,’ ‘just’ or ‘practicable’.]

[I can see vast arguments over what is ‘essential’ happening here, and these arguments being used to slow transitions, but it possibly has to happen]

[Yes. The problem is that without the global ties of trade there is more tendency for nationalist wars]

[If the Right has not already left the room by now, they will after this. Equality, or low levels of hierarchy, is anathema to them. It is ‘socialism’. The whole point of elite Rightwing politics is to preserve established hierarchies, as they are the basis of order and power.]

11. A global population strategy to enable a smooth descent to the two to three billion that could live comfortably indefinitely within the biophysical means of nature.

[There are massive problems being sidestepped here. How do we decide what populations to lower by 50%? Should it be those with a large ecological footprint? or large poor populations, or randomly killing every second person? This is massively not easy, and there will be fightback. Especially if we are aiming to do this 50%, or more, population reduction within less than 100 years. Racism and mass murder are likely to become modes of decision making in play. There is no gain from this proposition.]

To reiterate points I’ve made before:

a) We need to spend far more on research on technologies, so technological development is not totally driven by profit or plausibility, but by ingenuity. Nuclear energy might be a transition fuel, if it can be improved, made more economic, and waste issues can be overcome. While nukes are generally safe, catastrophic problems, are not inconceivable – and the relatively minor problems of Chernobyl and Fukushima have not been solved. Risk patterns are not normal. And people generally do not want to build them near their own residential areas. Another reason for science based, rather than commerce based research.

b) We need more research on community transition and community resistance – otherwise we will have no idea what will go wrong, or what will be the causes of resistance to our attempting to implement these recommendations. There are plenty of interesting case study locations already.

c) We need to understand the general features of complexity, and why we need to check out for unintended consequences, and failure of predictability.

d) We may not be able to do transition at the State level. It may need to be done at the local level, against the opposition of the State. We cannot wait for harmony and consensus at all levels, even if those are important.

e) We need to recognize the levels of political resistance which will come from established business, and those people they pay off. There is no rationality in existence, which will convince everyone that such a change is needed, because resistance is not rational, and cannot be coerced without massive resentment, even if there were any places from which the coercion could occur…. This is a truly anarchic process, in which rules will be discovered as the process continues.

f) Proposing population culls does not help. It cannot be done, in time, without deliberately killing people, and how do we make the choice? Education, and liberation, of women will make a difference in time, but it will take time to get any drastic reductions without murder. This idea will just produce division for no practical outcome.

g) We need to build practices and institutions that will support, encourage and house these new ideas and actions. 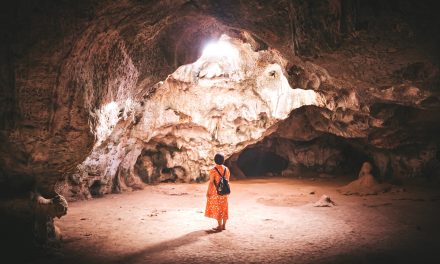