I’ve been reading Donna Haraway again and that leads to certain reflectionsThe three terms – ‘souls’, ‘cyborgs’ and ‘symbiotes’ seem to summarise different approaches towards the body and the world, and I suggest that the idea of ‘symbiotes’ suggests a fruitful way of acting towards the ourselves and the world, which could provide a better framework for problem solving and general understanding

‘Soul’, as the term is usually used, implies that everything important (or eternal) about the human is separated from, and independent of, the material world. Usually with this theory the world and the body are obstacles to the perfection of the soul, distractions at best, to be dominated or despised in any case. The body and nature tend to be seen in terms of ‘their’ unholy demands and needs, even as inherently hostile. They must be shut up, shut down or disciplined. Death opens the way to freedom, as the world is a prison and punishment

In this theory, the soul seems usually to be assumed to be what I’ll call ‘the ego’, clear conscious thought untroubled by the world, independent of all physics. The “I am”. Things that disrupt the imagined perfection and singularity of the soul are usually held to stem from the flesh… sex, hunger, pain, disease and so on.

Oddly, there is plenty of Christian theology which suggests that humans are trinities (soul, spirit and flesh) not binaries. However these variants easily get lost despite the importance of their writers (St Paul, Augustine etc). Furthermore, the idea of the resurrection of the dead implies that God wants us to be a body, so bodies could be holy. Other religions are equally flesh despising: *some* forms of Hinduism and Buddhism for example. Christianity is not altogether to blame for this situation.

Some post Jungians (Hillman, Moore etc) use the term ‘soul’ to emphasise the mystery of the psyche, its messiness, and the importance of image and feeling; but it is probably never a good idea to use a familiar term for an unfamiliar meaning, as the old meanings can come through implicitly. I’d prefer to stay with Jung’s ‘psyche’, as that is much now a rarer word and can be given precisely these connotations and does not have to make claims to immortality or purity of some sort or other.

The cyborg idea seems to derive from soul tradition. In it, the human, is independent of any particular body. It can be downloaded into machinic immortality. The body becomes a tool to be engineered or altered to have new capacities, subject to the demands of the ego. Nature has no independent rights. “Pave the earth” seems a cyborg slogan.

Cyborg theory like soul theory, implies that intelligence can be disembodied (‘light’) or unaffected by embodiment. Yet, it seems reasonably obvious (assuming evolutionary theory) that all intelligence must have developed to deal with ‘real world situations’, and these include the exploratory capacities of bodies, interaction between bodies, and the range of sensory inputs available.

This does not mean that intelligence is transparent and accurately perceives the world, just that it has been good enough to solve the problems of previous evolutionary paths (not necessarily the problems of future or current paths).

Haraway, as I’ve argued elsewhere, used the cyborg manifesto to argue against a ‘goddess feminism’ that stripped women of technology and idealised nature, but she got caught in the soul trap of cyborgism. She has over the last 10 or so years, revised her metaphor to talk of companion species, or of symbiotes.

Her point is, that in a ‘natural’ world people depend on other creatures and ecologies, they exist along with other beings/events. We have relationships with pets and other animals. Sometimes deep relationships, relationships of unknown complexity and mutuality, even with predators. Bodily, we are composed of cellular and sub cellular life forms existing in colonies. Our mind is multiple, composed of many functions acting together and apart. There is no clear point of ego; mind exists in the circumstances, or contexts, of its existence; it is not separate but dependent. We are part of greater social intelligences as well. Everything is diffuse with strange boundaries. This does not mean that we, and others, cannot try and enforce boundaries to protect ourselves, that too is ‘natural’, but it is hard, sometimes self-destructive, and not always necessary.

This realisation is important for the way we relate to our bodies and nature. In soul theory bodies are only slaves, obstructions, or illusions. The normal mode of response in this framework, is to despise them, and drive them to labour under the dominance of someone’s ego.

In cyborg theory, nature, the self and the body is a tool to be exploited, and abandoned when it fails the utilitarian demands of the ego – again labour is the metaphor and relationship.

In symbiote theory, we depend on our body and the world. That body and world has its own multiple intelligences and imperatives. It does not always do what we want (what we want may be incorrect, we may need to talk with and learn from our obstacles. ‘The body’ may have its own paths to healing, it may rebel intelligently against our slave-driving or our enforced refusal of relationship).

At worst our body is like a pet; we can love it and pet it, relate to it, look after it (as it looks after us). We can treat it with respect as a symbiote, a fellow creature, and we open ourselves to relationships of many kinds, not just labour.

Most pet owners will probably treat their pets better than they treat their bodies. Perhaps they should extend that affection, love and care to ‘their’ bodies and the world, and see what happens?

It will be hard and will take time, but this might be an idea which transforms everything. 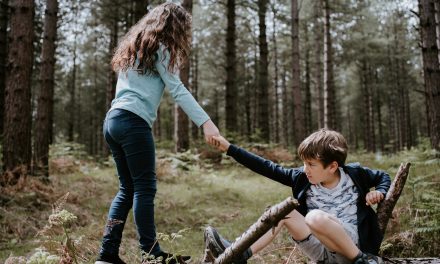