I’m still cautious about characterising groups of people as having a particular mind, as in statements about Western Rational minds or whatever. As I’ve said previously this rationality does not seem much in evidence, amongst more than a very small segment of the population.

However, my main point is that Western Rationalism is historically, and still, a religious/spiritual position.

If we want to date its arrival (which is a highly suspect process), it probably comes with Thomas Aquinas, who was initially suspected of heresy.

Aquinas’ position, in so far as it can be simplified by me, is that the human mind is an image of God’s mind, and therefore functions similarly to God’s mind and can understand that mind within limits.

Aquinas also argued that God, being perfect mind, was not arbitrary but coherent, and that logical thought could show truth about God and creation.  In this he was influenced by Aristotle and the Islamic recovery of Aristotle. The accuracy of our logically worked out claims about God and the universe was a product of the accuracy of our premises, and some of those premises came from faith or revelation, and some premises were obvious to all. God did not hide deliberately from creation. God could be reached by logic and human endeavour.

Scientia was the working out of logical consequences from our premises, as best we could. It was secure knowledge, or knowledge that was as secure as we could gain. If our premises were true, then so would be our conclusions.

This position has become known as scholasticism. It often embraced an earlier idea, that explanation should be simple, and should rely on the minimum number of premises. Ultimately an aesthetic choice lies at one of the hearts of rationalism.

Scholasticism appeared to became a dominant paradigm, although the Church still admitted the Augustinian tradition that God was not constrained and could constantly intervene and change things if He so chose. God was ultimately beyond human comprehension. Mysteries were present and inevitable.

The Church also accepted the ideas that God was love and available to all who were focused on Him, as exemplified by St Teresa and St Francis – however it was always suspicious of these people; they tended to be unpredictable. Franciscans were ordered to work for the inquisition to keep them in line.

The mystical tradition is, in many ways, anti-nature. Resolution of earthly sorrow comes with death and/or the journey to heaven. The earth is to be left behind. Many western mystics joyfully died relatively young. This leaving earth, is despite Jesus healing bodies, which might imply bodies had some significance, and despite the promise of the resurrection of the flesh on Earth at the day of judgement. Strangely scholasticism can be more pro nature, seeing God as symbolized in nature, or nature supported by emanations from God, or as present in the mind of God (Mathew Fox’s dialogue with Aquinas Sheer Joy, is good on this.)

Politically these ideas had consequences. The rational and the mystical spiritual traditions are democratic, possibly a little anarchic. If you can persuade others of the rationality of your truth, then you can do so. Any previous truth is vulnerable to a better argument or demonstration. Truth was no respecter of persons. The mystical says God speaks to everyone, and everyone is equal in this respect (we are all sinners) although has to agree to be vetted, as Teresa’s writings were vetted and sometimes suspected of heresy.

However the faith tradition is always a matter of interpretation, you have to have the right faith and this is decided, usually by a group of old men, who then enforce this on everyone, as it is vital for everyone’s spirits/souls. Only a few vetted people can participate in these discussions. This spiritual route tends to be authoritarian. It is the force that vets the other traditions.

In the background we have alchemy. Alchemical practice tends to be based on experience in the spirit, imagination and material. It is not so much logical as empirical. Logic breaks down in alchemy as you can see in some texts. Alchemy is not authoritarian, there are no groups of alchemists enforcing orthodoxy; it is largely a matter of individuals and small groups working with texts that are incredibly hard to understand and yielding to nature.

Empiricism is often opposed to rationalism, as it does not claim you can work things out in advance – its stronghold was in chemistry and medicine, where practitioners don’t know if stuff will work or not, until it is tried. Empiricism is taught by nature, or by an oscillation between nature and psyche, not by logic.

Protestants tended to break with rationality. They were faith dependent, and in the early days heavily authoritarian (apart from the mystical free spirit types). They heavily attacked scholasticism which they saw as justifying catholic authority not their own, and of course of misunderstanding the importance of faith. The post crusades Islamic position also tends to be faith based rather than ‘rationally’ based. The tendency of this tradition is to fossilization (we try to replicate the past and its rules according to authority) or widespread splintering in which faith becomes a matter of experience and mystical aspiration arising from a text (more like sufism, but the protestant splintering is much more public).

One consequence of this breakdown was trying to find certainties to base faith upon to try and heal the social breaks. What became science probably grew out of this endeavour. It tried to avoid theological conflicts by leaving the soul and mystical experience to religion. The soul of the scientist was to be level headed and ‘sober’. It was not supposed to be ecstatic. It took over the idea of the logicality of creation from the scholastics and merged it with the empiricism of the alchemists. Empirical events confirmed the correctness of scientific logic and the glory of God. Science was supposed to be determined by nature and humble before nature. Nature was the arbiter, although there is another stream which speaks of mastery of nature, which appealed to Empire builders, although the language usually used of dominion and mastery comes from Christianity.

Lots of people began to observe nature with an intensity that was possibly new to this part of society, gathering insects, counting worms, drawing birds and plants and so on. Science leads to romanticism, both as continuation and as reaction.

What science achieved was an anti-rationalism. The cosmos was revealed to be larger, smaller and more multifarious than anyone had suspected. The universe was for all practical purposes infinite; vast beyond human conception. The micro-verse was full of small creatures to an extent also beyond human conception. Even the ordinary level revealed the multitude of different species of insects. If God created the cosmos for humans then this God was a God of massive excess. For some people this massiveness meant they could no longer see the universe as home. It was not rational to see humans as special. This excess was revealed by empiricism, humble observation and letting the universe speak.

In any case, the majority of people followed their local traditions as always, generating endless fractioning.

In this situation, scientists could not avoid normal human usages of imagination or mysticism, but by the 20th Century they generally did not talk about it, although it is worth noting that our interest in dreams was born in what Freud and Jung insisted was empirical science.

Similarly, our knowledge of climate change comes through science, through comparison of data, and imaginative application of theory. It does not come through intuition or the spirit. People of the spirit have generally been slow to acknowledge the problems and have been major opponents of recognition, especially those with authority over faith.

All of the approaches described here, which constitute a massive simplification in themselves, are spiritual in the sense they imply a transforming relationship to a wider sphere/field, and are not confined to the individual. They are also rational and irrational, empirical and non empirical to varying extents

One way to characterise the Western Mind, to the extent that it exists, is as mess; as mixtures of all kinds of incompatible ideas, attitudes and processes. It is never coherent – and that is probably a good thing. It varies with groups and with individuals.

Even if one tradition becomes temporarily dominant and likes to pretend it is ‘master’, the others just get on with life and make challenges for their own dominance.

Sometimes one tradition is announced to be ‘master’ simply so it can be blamed for everything that went wrong, in an attempt to force people to choose its main competitor.

Saying there is a Western mind, or whatever, deletes this multiplicity, including the part that is critical of whatever is singled out! 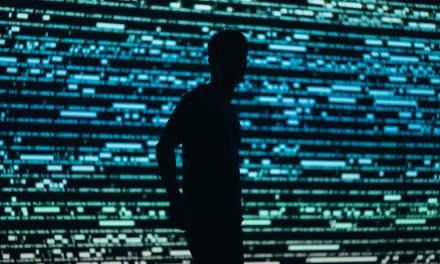